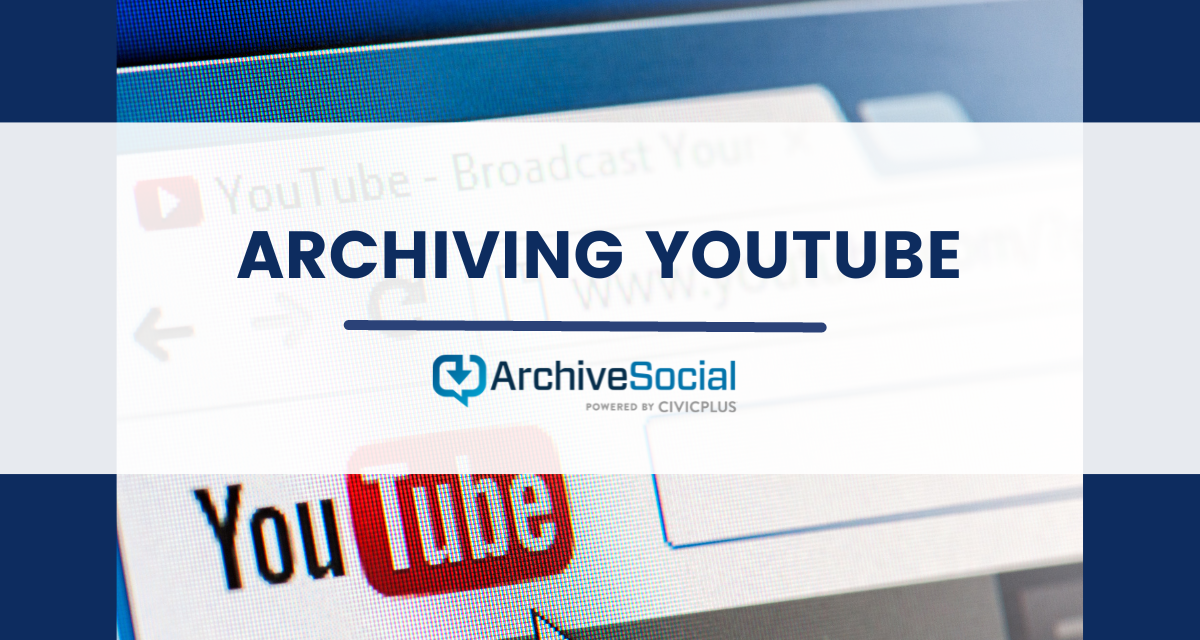 ArchiveSocial has been providing archiving solutions for government social media accounts since 2012. In 2013, we became the first social media archiving solution to offer automatic YouTube archiving. In the nearly ten years since that product debuted, our customers have been hard at work over the last decade creating great video content for their community members – and we’ve been capturing it all! Those hours and hours of public service announcements, council meetings, and event promos have all been archived in compliance with public records laws. You can check out

With our ten-year anniversary with YouTube approaching, we’re reflecting on the popular video platform and how our customers have been using it over the years.

While TikTok has become the go-to platform for short clips, YouTube is still the place to post longer videos. YouTube is the fourth most popular social media platform among government communicators according to our 2022 State of Social Media survey, with 68.7% of communicators using it. YouTube makes editing videos easy with YouTube Studio, which allows users to trim content, add closed captions, and more. These features help government communicators make their content better and more accessible to their communities.

Once you’ve uploaded and edited your video in YouTube, it’s easy to share the link on other social media platforms or embed into a website page. This makes YouTube a great central location for uploading, perfecting, and then storing your videos so you can then publish them across your online presence. 2,021 ArchiveSocial customers have connected YouTube accounts to their archive. So far, we’ve saved 1,683,410 videos for them in their secure archives, where they can always be accessed by customers. And beyond the content posted by our customers, we’ve archived the comments made by the public – 951,607 of them, to be exact.

Comments on social media make up an important part of the public record, just like they would at a council meeting. YouTube allows commenters to delete or edit their comments after they’re posted, which makes it difficult for public agencies to retain accurate records of comments on their own. Luckily, ArchiveSocial automatically captures and archives social media content in near-real time. So even edited and deleted comments are preserved. We’ve captured 64,239 edited and 227,894 deleted comments on YouTube alone.

In an internal survey of ArchiveSocial’s public sector customers, we found that eight million of 82 million records had been edited, hidden, or deleted. Without an archiving solution in place, customers would have lost approximately one in ten social media records.

FOIA and other open records laws require government agencies and school districts to produce complete and accurate records upon request. ArchiveSocial captures and archives all content from your social media pages, and then allows you to easily locate relevant records and download them in your preferred file format.