Backup vs. Archiving: What’s the Difference? 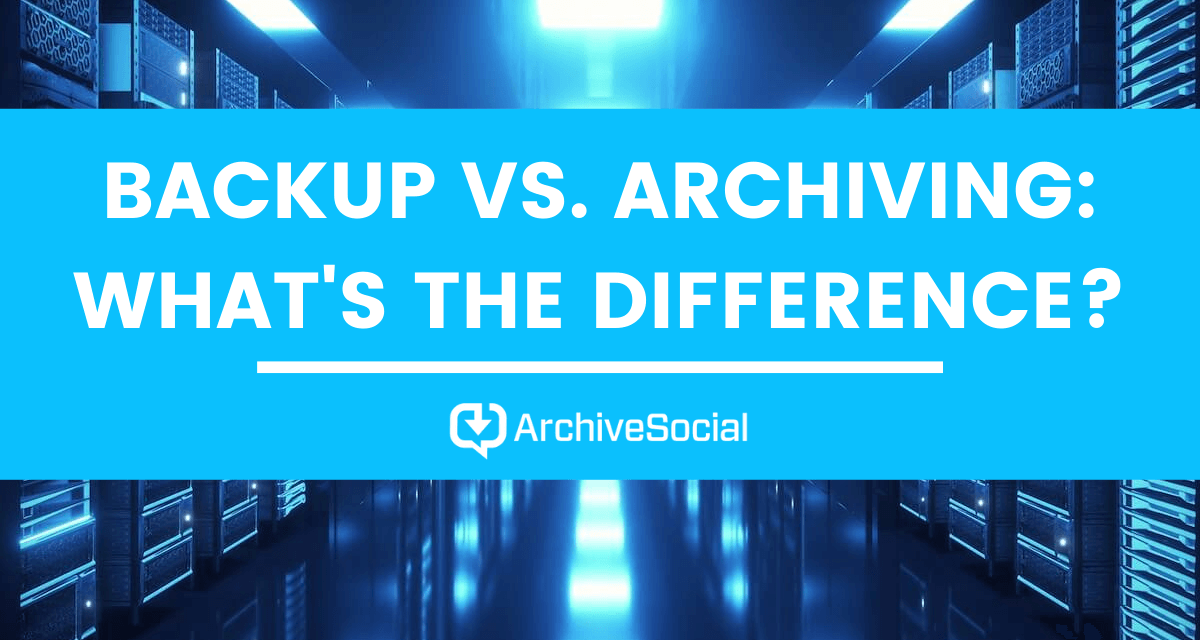 Imagine it’s the Fourth of July and you get together with your friends to celebrate. Good food and company make this year’s celebration one to remember – and certainly one to share online. At the party, you take plenty of photos and videos, many complete with obligatory Instagram filters. You also are sure to record your team’s incredible underdog victory at the bean bag toss because no one would believe you otherwise.

While your night will eventually have to come to an end, your documentation of the festivities will live on forever with the memories preserved in photos that periodically captured the most meaningful moments of the night and footage that captured it all, memorable or not.

You may be thinking, “government entities and businesses aren’t typically concerned with a Fourth of July party.” The point is, there’s a clear difference between photos and videos. And it’s the same thing when talking about “backing up” and “archiving” for your social media; although they are related, they are not synonymous. Understanding the difference between social media backup and archiving is critical to a successful social media records management strategy. 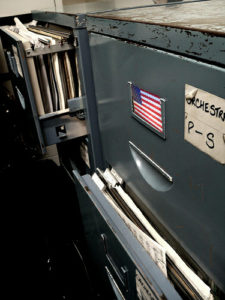 Think of a backup like taking a photo with your camera. When you back up documents or files, essentially, you’re taking a snapshot of those files at that particular moment in time. And just how you would take a photo to capture how something looks so you don’t forget, the primary function of a backup is to preserve data, offer redundancy, and provide an alternative source in case the original is destroyed or unusable. That way, if a server malfunctions, you can reconstruct any lost files from the backup. But similar to you only taking one photo to capture something in time, and not worry if a slight change in scenery occurs after your snapshot, a backup occurs periodically, not perpetually.

Most businesses will backup their emails monthly, replacing or augmenting the last month’s backup. And because they anticipate the files to become irrelevant or replaced in a short period, the lifecycle of a backup is generally on the scale of months.

Now think of archiving as recording a video. Like a video, archiving captures all records the instant they happen, which means that every time you do something on social media, like updating your status, it’s captured along with the replies received three minutes later. Unlike a backup where this information would have to sit idle for a month before becoming a company record, an archive ensures this information is instantly available.

Most organizations will archive for compliance and e-discovery reasons, not information restoration. Regulations about communication records differ by sector, but open records laws and regulators (such as the SEC and FINRA in financial services) almost universally require that records be “authentic” and preserved for extended periods. Archiving provides that by continuously capturing records in near-real-time with full metadata and timestamps. In contrast, backed-up files may become inadvertently modified or erased, violating records retention regulations.

A dedicated archive preserves all the content you post and engage with (even if deleted, edited, or hidden) and ensures records are tamper-proof, authentic, and comprehensive. Not only does this make it easy to expedite legal and e-discovery processes, but it also offers peace of mind knowing that you’re not at risk of any lost records (like you could be if you were depending solely on backups).

Backup and archiving are related, but not the same

While backup and archiving fall under the same umbrella of records management, it’s important to understand the different functionality each offers to your organization’s overall records management strategy. So remember, a backup is like a photo, taking only a snapshot in time, and is primarily used for information security and as a failsafe to not lose information entirely. In comparison, an archive is like a video that’s continuously recording and is primarily used to help companies comply with compliance and recordkeeping needs and prepare for any audits or litigation requests.

When it comes to your organizations’ social media presence, periodic backups and screenshots won’t protect you from the different compliance and legal risks you’ll face online. While it may seem like it’s better than doing nothing, the problem is that you’re likely missing out on just as much data as if you were doing nothing at all. It’s like when you look back at the memories from your Fourth of July celebration, the videos still preserve accurate context of exactly what was said and happened, while the photos are a bit more foggy with major gaps of what happened throughout the night, and your friends each remember it differently. It’s just as important to understand the difference in quality, context, and longevity a video provides versus a photo, as it is to understand the benefits archiving provides versus backups when it comes to your organization’s social media retention.

The only way to stay compliant with public records laws, industry regulations, and recordkeeping initiatives is to ensure continuous, comprehensive data capture and preservation with a dedicated archiving solution.