Social media records in Connecticut are subject to the Freedom of Information Act (FOI Act), which defines records as, “any recorded data or information relating to the conduct of the public’s business…whether such data or information be handwritten, typed,…or recorded by any other method.”

Excerpt from the Connecticut of Freedom of Information Act

Sec. 1-200. (Formerly Sec. 1-18a). Definitions. As used in this chapter, the following words and phrases shall have the following meanings, except where such terms are used in a context which clearly indicates the contrary:

(1) “Public agency” or “agency” means: (A) Any executive, administrative or legislative office of the state or any political subdivision of the state and any state or town agency, any department, institution, bureau, board, commission, authority or official of the state or of any city, town, borough, municipal corporation, school district, regional district or other district or other political subdivision of the state, including any committee of, or created by, any such office, subdivision, agency, department, institution, bureau, board, commission, authority or official, and also includes any judicial office, official, or body or committee thereof but only with respect to its or their administrative functions, and for purposes of this subparagraph, “judicial office” includes, but is not limited to, the Division of Public Defender Services; (B) Any person to the extent such person is deemed to be the functional equivalent of a public agency pursuant to law; or (C) Any “implementing agency”, as defined in section 32-222.

(5) “Public records or files” means any recorded data or information relating to the conduct of the public’s business prepared, owned, used, received or retained by a public agency, or to which a public agency is entitled to receive a copy by law or contract under section 1-218, whether such data or information be handwritten, typed, tape-recorded, printed, photostated, photographed or recorded by any other method.

The Chief Information Officer for the State of Connecticut has issued specific guidance on managing social media records in Connecticut in line with the FOI Act. While the policy was created for state agencies, it clearly demonstrates that social media communication is considered public record in the state of Connecticut. Towns, cities, and other public agencies should consider adopting a similar policy that addresses records retention for compliance with the Connecticut FOI Act.

The Chief Information Officer for the State of Connecticut Department of Information Technology (DOIT) has established this policy regarding the use of social media.

This policy should be read together with the State of Connecticut Policies on Security for Mobile Computing and Storage Devices, Acceptable Use Policy, the Network Security Policy and Procedures, and the Connecticut State Library’s State Agencies’ Records Retention/Disposition Schedules to ensure a full understanding of all relevant State policies.

In accordance with Conn. Gen. Stat. §4d-2(c)(1), the Chief Information Officer (CIO) is responsible for developing and implementing policies pertaining to information and telecommunication systems for State Agencies.

1. Agencies are required to receive approval of DOIT’s Security Unit prior to launching a social media website or creating a social media account for State use. The approval request shall come from the Commissioner or agency head, and shall include documentation of the following:

2. Agencies are responsible for managing their use, retention, and disposal of public records associated with social media sites as specified in the State Library’s State Agencies’ Records Retention/Disposition Schedules. 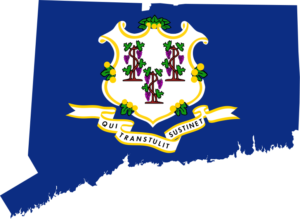