The Maryland Public Information Act governs the management and preservation of government public records. The Act includes all records “in any form” related to public business. Under this definition, social media records in Maryland can be considered public records under the Act.

(k) (1) “Public record” means the original or any copy of any documentary material that:

(i) is made by a unit or an instrumentality of the State or of a political subdivision or received by the unit or instrumentality in connection with the transaction of public business; and (ii) is in any form, including: 1. a card; 2. a computerized record; 3. correspondence; 4. a drawing; 5. film or microfilm; 6. a form; 7. a map; 8. a photograph or photostat; 9. a recording; or 10. a tape.

(2) “Public record” includes a document that lists the salary of an employee of a unit or an instrumentality of the State or of a political subdivision.

Guidance from the Maryland Attorney General

The State Attorney General’s guidance on the Maryland Public Information Act highlights the intention of the law to grant citizens a “broad right of access” to open government records. The document also clarifies that the Act is intentionally broad, with all records “generally fall[ing] within the definition of “public records.” Given this interpretation, social media records in Maryland can be considered a public record.

Maryland’s Public Information Act (“PIA”), Title 4 of the General Provisions Article (“GP”), grants the public a broad right of access to records that are in the possession of State and local government agencies. It has been a part of the Annotated Code of Maryland since its enactment as Chapter 698 of the Laws of Maryland 1970 and is similar in purpose to the federal Freedom of Information Act (“FOIA”), 5 U.S.C. § 552, and the public information and open records acts of other states. The text of the PIA is reproduced in Appendix E.

The basic mandate of the PIA is to enable people to have access to government records without unnecessary cost or delay. Custodians of records are to provide such access unless the requested records fall within one of the exceptions in the statute.

B. Scope of the PIA

Public records are any records that are made or received by a covered public agency in connection with the transaction of public business. The scope is broad, and all “records” possessed by an agency generally fall within the definition of “public records.” For example, a database set up by a private vendor for use by a public agency for risk management purposes is a “public record.” Prince George’s County v. The Washington Post Co., 149 Md. App. 289, 335 (2003) (remanded to allow government or vendor to demonstrate whether database fields qualify as vendor’s proprietary intellectual property). Materials supplied to a legislative committee are public records normally available for inspection. Letter of Assistant Attorney General Kathryn M. Rowe to Delegate John Adams Hurson (May 14, 2004). Photographs posted on the Governor’s website are public records. Letter of Assistant Attorney General Kathryn M. Rowe to Senator Roy P. Dyson (July 14, 2005). Individual criminal trial transcripts in the hands of the Public Defender are public records available for inspection and copying, 68 Opinions of the Attorney General 330 (1983), as are prosecutorial files of a State’s Attorney unless subject to an exemption under the PIA. 81 Opinions of the Attorney General 154 (1996). In addition, records gathered by a unit of State government, given to the federal government to be used at a federal trial, and not used exclusively at a State trial, are considered “public records” subject to disclosure, if the State agency has either the original documents or copies of them. Epps v. Simms, 89 Md. App. 371 (1991).

K. Town social media sites are subject to the Maryland Public Information Act.[1] Any content maintained in a social media format that is related to Town business, including a list of subscribers, posted communication, and communication submitted for posting may be a public record subject to public disclosure.

L. Town social media sites are subject to the Maryland Open Meetings Act. Neither the Mayor nor any Councilmember shall respond to “like,” “share,” “retweet,” or otherwise participate in any published postings, or use the site or any form of electronic communication to respond to, blog, or engage in serial meetings, or otherwise discuss, deliberate, or express opinions on any issue within the subject matter jurisdiction of the Mayor and Council that may reasonably be construed to violate the Maryland Open Meetings Act.

M. Content relative to topics or issues not within the jurisdictional purview of the Town may be removed. 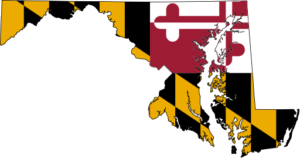 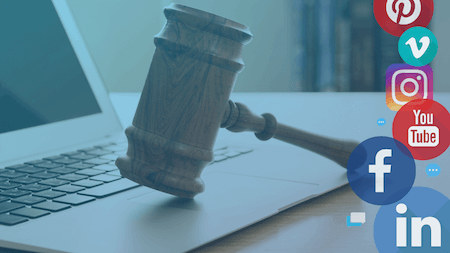 Maryland Governor settles for $65,000 and agrees to retain social media records after being sued for deleting comments and blocking users

Constituents in Maryland complained that the Governor has been deleting comments and blocking users in violation of their 1st Amendment rights. The ACLU filed a lawsuit and the Governor’s office settled by agreeing to pay $65,000 and update their social media policy to include a commitment to maintaining social media records.