Social media records in Minnesota are subject to the Minnesota Government Data Practices Act, “which creates a presumption that state and local government records are accessible to the public.” The law applies to information in any form that is collected, created, received, maintained, or disseminated by government. This definition covers both posts made by government entities on social media and public comments under Minnesota public records laws.

Excerpt from: “Minnesota Government Data Practices Act: An Overview” prepared by the Minnesota House of Representatives

Data and Entities Covered by the Act

The act applies to information in any form held by certain government agencies.

Numerous cities and counties already have policies in place that clearly state that social media records in Minnesota are governed by the Minnesota Government Data Practices Act. The following are just a few examples of many:

Please note that Carver County does not share information gathered through its social media sites with third parties for promotional purposes. However, any information you provide to the County is subject to the Minnesota Government Data Practices Act. This law classifies certain information as available to the public on request.

H. Chisago County’s social media sites are subject to State of Minnesota public records laws. Any content maintained in a social media format that is related to County business, including a list of subscribers and posted communication, is a public record and subject to a data retention schedule. 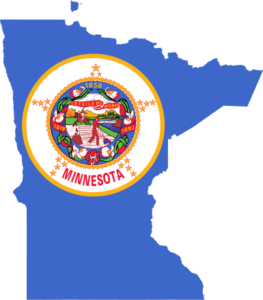 The Chaska Police Department blocked a citizen on Facebook and Twitter for posting comments critical of the department and its chief. After raising a lawsuit, the citizen received a settlement of $1,005 from the city, and the city paid the plaintiff’s legal fees.