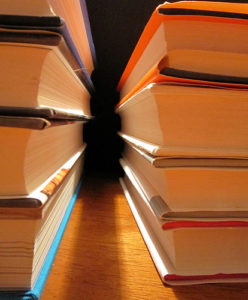 These aren’t your grandparents’ archives. Long associated with collections of old political documents, the past notion of an “archive” was, by some accounts, pretty dry. However, recent developments are giving new life to the term, freeing it from its dusty confines. Now being applied to various other disciplines, it seems that nothing is considered too unusual to preserve. One might even call it an archiving renaissance.

One significant archiving initiative that breaks with the past is the Library of Congress’ Twitter Archive. Currently boasting more than 170 billion tweets (and counting), the Library of Congress’ mission to archive every tweet is as ambitious as it is reflective of current trends in technology and communications. Viewed as an avenue for the curious to obtain a pulse on the public, the sheer volume of this archive speaks to just how much information can be gathered for future research and inquiry.

For the foodies out there, the New York Public Library is cooking up an archive as well. The New York Public Library set out to digitally preserve New York restaurant menus since 1840. Currently in the process of transcribing over 45,000 menus, the end-result will be searchable collection of menus that can be searched by restaurant location, dates of operation, and food and wine offerings. For instance, according to a 1908 menu from Smith & Mcnells, you could have a whole lobster with an éclair and coffee for dessert for 90 cents.

Ever wonder what a green turtle sounds like? Archivers have also tackled the preservation of non-human sounds. The Macaulay Library at Cornell University recently announced that it had finalized the digitization of 7,513 hours of biodiversity audio and video recordings. The collection features over 150,000 audio tracks of over 9,000 different species, all available entirely online.

So, as this small sampling demonstrates, archives are broadening their scope and availability. Entering fields like tweets, New York City menus, and nature sounds, the range of preservation has expanded considerably in fascinating ways. Importantly, all of these archives are ultimately aiming to be made available online as well. In fact, Greg Budney, the Macaulay Library’s audio curator, said it best: “In terms of speed and the breadth of material now accessible to anyone in the world, this is really revolutionary.”