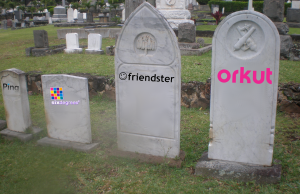 First, a confession: I’m old enough to have had a Friendster page before it was about gaming, went on a few blind dates made on Nerve.com, and even set up a Sixdegrees.com account using the Netscape browser. In other words, I’ve been around long enough to watch many social networks come and go.

People say that once something is on the internet, it’s there forever, but that’s not actually true. Plenty of sites have disappeared over the years. Sure, embarrassing photos can proliferate and Tweets can be retweeted, but when it comes to much of the personally generated data found on social media sites, sometimes gone is really gone. SixDegrees.com (a precursor to LinkedIn) disappeared entirely four short years after it debuted, and Nerve.com makes no mention ever having had dating profiles.

Even if the information is out there, it can be very difficult to find. For example, Friendster claims to have preserved all of the original user profiles when they pivoted to become a social gaming site, but how many of us can gain access? I’ve personally gone through at least a dozen email addresses since 2002 and have as much chance of figuring out my account password as you do.

Google’s ten year old Orkut is about join the growing list of social media sites to disappear from the internet landscape. Google announced on Tuesday that the site is now closed to new users, and current members will only be able to login until September 30.

The question is, what will happen to all that data generated by millions of users over the past ten years? While Orkut never caught up to Facebook in the US, it was the social network of choice in Brazil and India until fairly recently (Facebook use passed Orkut in India in 2010 and Brazil in 2012).

Google does have plans to archive the communities created on the site and make them publicly viewable. The catch is, between now and September 30, users have the opportunity to remove individual posts or entire accounts they don’t want preserved.

When an online community loses members and their comments, the discussion threads no longer make sense. Reading the threads is like overhearing one side of a stranger’s phone conversation — confusing and somewhat annoying.

Of course, an entire site doesn’t need to disappear for this sort of selective data loss to become an issue. Even thriving social media sites are susceptible to data loss when users edit or delete posts. You might consider your Facebook wall to be a record of all of your interactions, but when an account gets deleted, so do all the comments that user made on your page or in your groups.

Here is a brief example of this disappearing data in action: 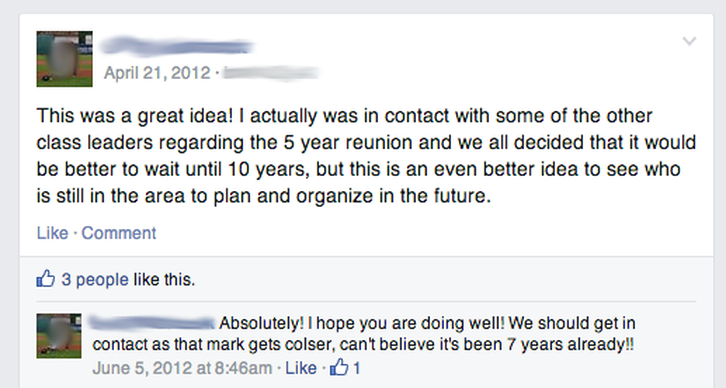 Clearly the poster is responding to a comment that has since been deleted and we are left wondering what that good idea might have been. Without both sides of the conversation the entire post becomes an abstraction.

As social media continues to proliferate on the web and individual networks wax and wane, it pays to consider what records will remain for future historians. As these examples demonstrate, it’s neither practical or possible to expect these sites to do our archiving for us.