All is quiet on the social front at banking heavyweight Goldman Sachs. Its Twitter account features 4,000-plus followers, but not a Tweet has been heard. Known for its strict, tight-lipped business environment, its aversion to social media is not surprising. However, it appears that Goldman Sachs is about to finally make its debut on to social media platforms. Less of a warm embrace than a firm handshake, Goldman Sachs announced that it was now looking to hire a “social media community manager.” Following the lead of other Wall Street institutions, Goldman Sachs’ hesitant attitude is representative of the risks related to social media records in financial services. 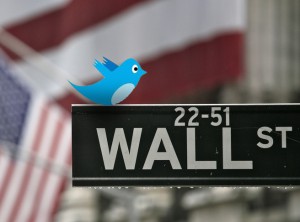 Goldman Sachs’ and other financial firms’ aloof approach to social media is not without reason. Broker-dealers must comply with much more stringent regulations regarding communications than other, less-regulated professions. The SEC and FINRA were quick to classify social media interactions as records that must be treated the same as emails or physical communications. This means they must be archived and managed just the same. The tight policing and steep sanctions broker-dealers face from the SEC will also be applied to social media records as a result. Consider the following:

It isn’t just the Wall Street banks that face SEC fines. Risks of social media records in financial services can affect all corporations:

Financial professionals are undoubtedly aware of the SEC and FINRA regulations and their potential consequences. They are also acutely alert to the punishments of not observing SEC Rule 17a-4. This is why they avoid social media. They know what it takes to be compliant, but don’t know if they can remain compliant if they use social media. Given the intense monitoring and steep fines, taking the risk of not being compliant is seen as too great. This helps to explain Goldman Sachs’ cold reception of social media.

So, what explains Goldman Sachs’ recent move to accept social media? The benefits of utilizing social media are certainly significant. Advisers can build trust with clients, network more effectively and efficiently, and market themselves as accessible and tech-savvy. But this is nothing new. Instead, the risks regarding social media records in financial services might be changing. Goldman Sachs has found a way to mitigate the risks of FINRA and SEC compliance to a point where it is profitable to engage in social media it seems.

So, how does one change the risk structure? Start by enacting a clear social media policy and training advisors on the potential issues. Then, employ an archiving solution that preserves records of all social media activity of the company in an automatic, serialized, and tamper-proof manner. By automatically archiving social media records, those in financial services can easily remain compliant with FINRA and SEC record keeping regulations and realize the power of social media.