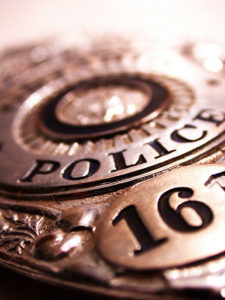 A quick glance through comments on news articles or YouTube videos makes it painfully clear that people are free to post nearly anything. Uninhibited, many of the views expressed are offensive or controversial. A natural reaction is to censor these comments.  But, what happens when comments are censored by the government? Is this a violation of free speech? This is the question being asked of the Honolulu Police Department now in the midst of a First Amendment lawsuit, the first in the nation involving deleted social media posts.

Christopher Baker posted multiple times on the Honolulu Police Department’s Facebook page with comments such as, “As good as our officers are, the reality is that they are not magical creatures who can teleport around. Your protection is your responsibility. Rely on yourself.” Captain Andrew Lum, the Facebook page’s manager, later deleted these posts from the page, causing Baker to file a lawsuit claiming this constituted a violation of his First Amendment right to free speech.

Independent of the outcome of this lawsuit, this debate also presents a powerful case for archiving social media records. When the controversial posts were deleted from the Honolulu Facebook page, so was their record of ever existing. Unless the Honolulu Police Department actively archived its social media records, recovering these posts may be impossible. Not only does this result in significant ediscovery difficulties, but it also presents a two central weaknesses in the police department’s management of social media. One, what if a threatening comment is posted, and then deleted by the user him or herself? No record of the post will actually exist. It may not even be seen by the police department before it is deleted. This makes pursuing the individual or recalling the information in the post nearly impossible. Second, from a compliance perspective, government agencies are required by law to keep records of electronic communications, including social media.

So, while the Honolulu Police Department grapples with the precedent-setting ramifications of its First Amendment lawsuit, it also has also become a poster-child for archiving social media. With the help of an automatic preservation tool, the risks associated with lost or tampered-with  records will be eliminated, making for  a significantly more robust records management strategy.