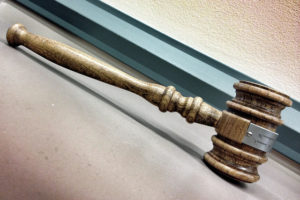 Just in time for the Fourth of July, an escalating battle between Twitter and the Supreme Court of New York is promising fireworks. On July 1st, Twitter released its first “Twitter Transparency Report”. This report detailed the number of requests Twitter received during the first half of 2012 from governments wanting user information. The U.S. led the request count with 679, quashing second-place Japan’s 98 requests. Speaking to Twitter’s conviction that a user’s information is their property per the Twitter privacy policy, this report highlights Twitter’s pro-privacy stance.

On the other hand, a July 3rd ruling by New York Criminal Court Judge Matthew A. Sciarrino directly contradicts the Twitter privacy policy. The ruling concerns People of the State of New York v. Harris, wherein Malcolm Harris is being tried for disorderly conduct during an Occupy Wall Street protest. He utilized Twitter, and prosecutors want to enter these records as evidence. However, Harris designated his Tweets as “private” so only his followers could read them. And there’s the rub. Are Tweets that a user makes “private,” or even those which are not, protected by privacy law? Twitter would likely say “absolutely.” However, Jude Sciarrino ruled “absolutely not.” Staunchly contradicting Twitter’s stance on its user’s privacy, Judge Sciarrino made it clear that user information is not private and that Twitter must hand over a user’s Tweets when subpoenaed.

So, what does the battle between Twitter and Judge Sciarrino entail? First, despite Twitter’s insistence that its “Terms of Service have long made it absolutely clear that its users *own* their content,” users are not the owners of their Tweets and privacy is therefore not implied. Judge Sciarrino’s verdict predicates that Tweets are public information. He states, “There can be no reasonable expectation of privacy in a tweet sent around the world.” Frankly, your Tweets are public.

Furthermore, Judge Sciarrino’s ruling implies that Twitter cannot protect a user’s information from subpoena. In People of the State of New York v. Harris as well as other cases, Twitter has balked at turning over user information. This is partially demonstrated in the Twitter Transparency Report’s statement that it refused to hand over any user information to the US government 25% of the time. Whether this level is surprisingly high or reassuringly low, however, is uncertain because this report is the only one of its kind. Nevertheless, in terms of court precedent, Morrison & Foerster LLP states, “The court has made it clear that users of social media who also find themselves charged with a criminal offense should have no expectation that potentially relevant information will be considered private or beyond the reach of a subpoena.” So although Twitter had previously refused to hand over user information to protect user privacy, it seems that such protection is now erased.

So, in the battle between Twitter and Judge Sciarrino, the line has been drawn. Currently, user privacy should not be expected on Twitter, and social media records are largely open to subpoena. It seems that social media records are more public than ever. But the battle is far from over, with a Twitter representative stating, “We are disappointed in the judge’s decision and are considering our options.” In other words, #staytuned.