Brett White, Digital Media Coordinator for the City of West Hollywood, “The Creative City”, recently joined us for a GovTech webinar to share his strategy on “How Not To Be Boring on Government Social Media.”

West Hollywood has an enviable social media presence. An early adopter, the city has Facebook and Twitter accounts dating back to 2008. Today, “WeHo” maintains 33 accounts on over a dozen different platforms, with the most activity on Facebook, Twitter, and Instagram. Pretty impressive for a city with a population of only 35,000!

To take on and maintain this level of social media engagement, it helps to have the whole city on board. According to White, “The largest hurdle [to social media success] is getting organizational buy-in. Our organization understands how critical social media is, and is very supportive, if not downright encouraging.”

He goes on to say, “The city understands that we have a large demographic that doesn’t necessarily pay attention to traditional media, that doesn’t read news releases, and these folks probably don’t go to our website – the city knows it’s critical to put our messages where we know we’ll find these people – and that’s on social media. I’m provided with the resources to accomplish some great things.”

In addition to organizational support, White recognizes that building the WeHo brand and getting the public engaged relies on knowing the audience, and playing to it: “We know our audience is young, and for lack of a better word – active – so we hit them with sexy images and double entendre, and they love it!”

Everyone loves eye candy! The city hires professional photographers to take beautiful photos the can be maintained in an archive to be repurposed and reused over and over online. White admits, “Government is, by default, boring. I hate to say it, but it’s hard to make an argument against that fact. We’re competing with incredibly savvy media outlets and content creators, and we can’t rest on our bureaucratic laurels.” Humor, especially when it might not be expected, is a great way to engage your audience. White knows, “If government can make them laugh, that’s going to leave an impression.” While being creative with your own social media will draw attention to your organization, White also emphasizes building relationships with other entities on social media that are getting lots of likes, shares, and retweets, because they can help your organization get your message out. White advises, “Pay attention to what’s trending, and what people are tweeting about.”

Before WeHo discovered ArchiveSocial, some saved emails notifications and screenshots were the only records the city would have access to if a records request were to come in. 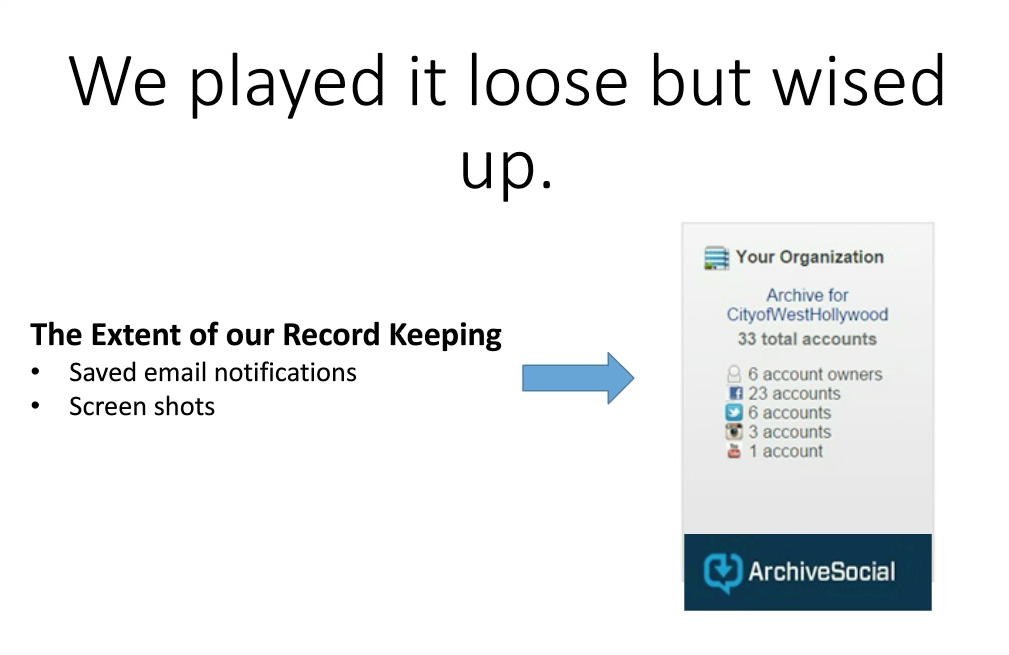 Now, with an archiving solution in place that fully captures all social media records, Brett White and WeHo can feel free to… 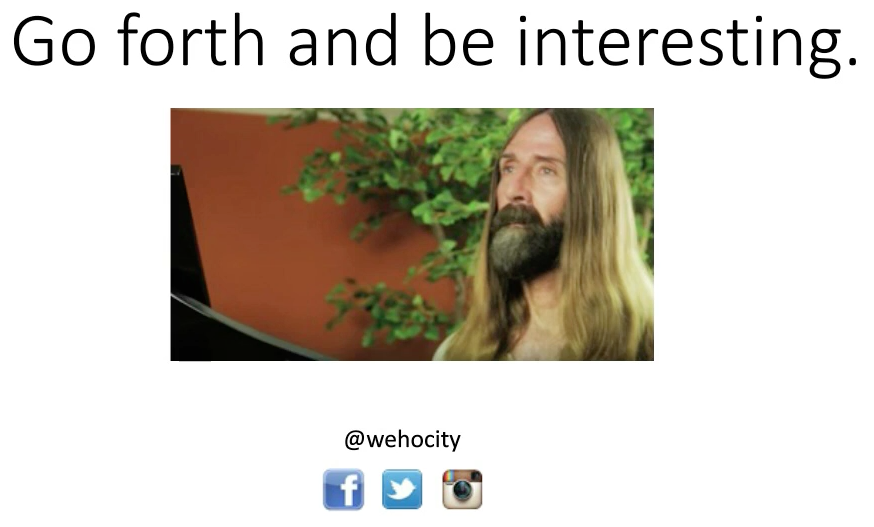