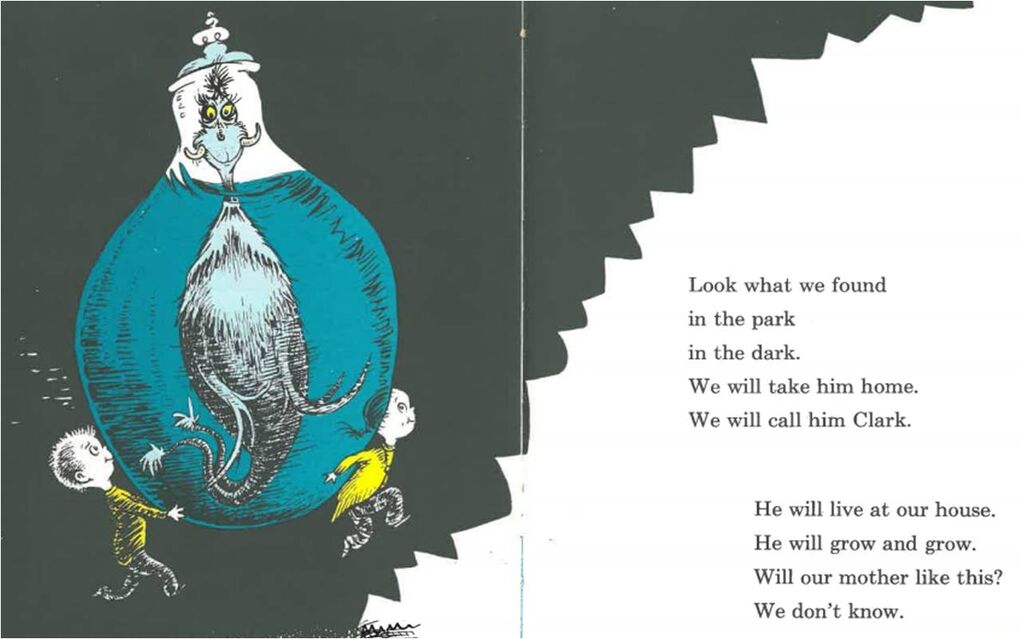 We asked Dr. Suess to illustrate Clark’s origin story and this is what he gave us.

Two years ago today, we found our own Clark in a park, Research Triangle Park to be precise, and took him home. Since then he has grown into the role of Senior Software Engineer at ArchiveSocial, and has filled our white boards with drawings of faucets and beer glasses and the occasional line of code. Have our mothers liked this? Absolutely. Well, our mothers have never actually met Clark, but we’re sure they would like him if they had the chance. It’s impossible to not like Clark, and here are a few reasons why:

He does not suffer from misophonia

Unlike several of his office mates, Clark is neutral on the issue of carrot crunching and other loud mouth noises. This makes him both a hero and just a little bit suspicious in our eyes.

However, he has very little tolerance for soft foods

Clark is one of the most even keeled, type B developers we’ve ever known, until you get him started on the topic of yogurt. He just doesn’t get yogurt. In his view, “It’s not quite solid enough to be food, but not liquid enough to drink. It’s just wrong. All wrong.”

We haven’t worked up the nerve to ask him about soup.

After spending considerable effort, well, some effort (ok, absolutely no effort, but that’s beside the point) trying to get recognized as a noted futurist, Clark has decided that futurism is dead and is now pioneering the cutting edge field of Pluperfectionism.

“I always felt a little uncertain as a Futurist, it just left too much open to speculation. As a Pluperfectionist I can make predictions with much more confidence and finality, mostly because the things have already happened and are over now. Let me give you an example: I can tell you that Joss Whedon’s Firefly was an underrated series that deserved to win an Emmy, which it did. Most people don’t know that, so as a pluperfectionist I’m able to enlighten them.”

He understands value, and knows where to find it

If it’s available at Costco, that’s where Clark will buy it. And if you listen to him, just about everything worth having can, and should, be purchased there. We tried to find out from our sources if that includes engagement rings, but our calls were not returned.

He is fearless in the face of bureaucracy

“I’d like to fix the IRS. Those guys could really use a few updates to their code.” Um, yeah. Did we mention that Clark is also the master of understatement?

That’s what he claims, but maybe it’s just because he hasn’t done it for a while. [Ed. Just kidding! We love helping our customers.] Seriously, though, Clark enjoys the opportunity to solve problems for people. He’s just that kind of guy (did you even read that bit about the IRS?)

We’re not quite sure where he went to college

Oh wait, yes we are. Someplace with a lot of turkeys. We think it’s in Virginia somewhere.

If you ever want to win him over, just buy him a beer

But make sure it’s a good one. The guy does have taste, after all. He also very much enjoys a hamburger, and often accompanies Pam (aka our Chief Burger Executive) to Only Burger.

Let’s all raise our own beers to another year of Clark!