Getting Started with Social Media for Government 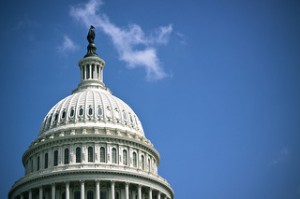 “Social media is so easy to use.  Just sign up for a free account, start posting (or tweeting, or pinning, or liking…), and voila!”

Well, for those using social media for government, that’s easier said than done.  Setting up an account is not the problem.  But things get a bit more sticky after that.

If your agency is just getting into the social media game — and you really should be if you haven’t already — it can seem daunting.

The number of social networking sites alone is overwhelming.  Some organizations have even established social media hubs to aggregate the content from various places.  But we digress.

Before announcing that your agency has joined the social government revolution, do your research.  Check out our tips to get you on your way to citizen engagement 21st-century style.

Learn from the Pros

It’s always a good idea to get acquainted with the official policy.   In addition to any policy put in place by your agency, public sector employees can also look to HowTo.gov for the federal government’s official word on using social media.

Looking for OMB’s policy guidance for agency use of third-party websites and applications?  Need to learn how to track social media metrics? What if you want training on using YouTube to engage with citizens? All of this and more is available on the HowTo.gov.

State, local, and international government employees are encouraged to participate alongside their federal counterparts.

In order to be effective on social media, you need to have followers; in this case, citizens.  In order to gain followers, you need to know who your audience is and what they want.  Does this mean that you need to go out and survey the public?  Not yet.

Start by checking out the social networking pages of agencies, states, cities, etc., that already have a presence to see how they are using social media and the response it is generating from their customers/citizens.  What do their followers want more of?  What do they like now?  You don’t need to follow or “like” the page; just lurk.

In other words, you can survey the public without actually surveying the public — just start by take cues from similar agencies; if you’re in law enforcement, for example, look at what is working for other police departments.

Then, once you have established a social media presence for your own agency, go ahead and ask the citizens what they’d like to see (i.e., go out and survey the public).

While all of this may be a bit daunting, it is important to keep in mind that you are not reinventing the wheel.  If you come across a social media policy that may work for your agency, use it as a template.  If another agency posts best practices, tweak them for use at your agency.

If you’re looking for somewhere to start, try the U.S. Army Social Media Handbook, lauded by many as one of the best guides out there – government or otherwise.

The majority of this post has been dedicated to preparing for the launch of a social media page.  And while preparation is key, at some point, you just need to go for it. As long as you have covered your bases with a sound, compliant social media policy, it’s okay to learn by doing and see what works best for your agency.