Did you know that all 50 state governments and 90% of local governments are engaged in social media?  Since we’re pretty obsessed with social government here at ArchiveSocial, we love it when we find a great example of state and local social media.  And there’s no shortage of examples right here in North Carolina, which ArchiveSocial proudly calls home.

In December, the State Archives of North Carolina unveiled a first-of-its-kind interactive social media archive, a project that promotes open government and transparency. The free and open archive provides access to more than 129,000 social media records from selected North Carolina state agencies, with more to come. It’s also really cool to play around with. And we’re not just saying that because we developed it.

As data-geeks and open government lovers who happen to be headquartered in the Triangle, we are very excited about Open Raleigh’s launch of Data.RaleighNC.gov, a portal for storing, accessing and visualizing public data.  And it’s the kind of data that allowed a group of individuals to get together at CityCamp NC in 2012 and build an app that lets users navigate and interactively utilize the city’s greenway system. 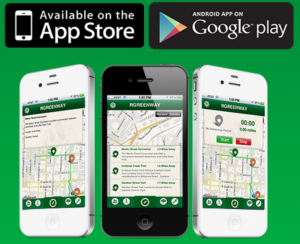 Along with widely-used social media outlets (Twitter, Facebook, etc.), Winston-Salem is utilizing Google+ for citizen engagement. While not all experts think that Google+ is the next big thing when it comes to social networking, many do. So we have to give Winston-Salem props for jumping on the bandwagon earlier than most.

Mecklenburg County is very web-friendly and lists all of their social media sites on one page including Facebook, Twitter, YouTube, and Flickr. But as we said, 90% of local governments are social so this isn’t what makes Mecklenburg County cool. It’s the addition of Meetup groups to the standard social lineup that we are giving props for.

The Wake County Animal Center’s Facebook page had us with their profile picture, which features cute and cuddly pets ready for adoption. The government-operated shelter uses their website and facebook page to get the word out about animal adoption, volunteering, lost and found pets, and other animal issues. Did we mention the adorable puppies and kittens?

After winning a Department of Commerce grant, Greensboro launched Greensboro Ideas, a competition that will award $1 million for a proposal for spurring economic growth in Greensboro.  The city is using MindMixer, a virtual town-hall platform for community planning.  In addition to submitting their own ideas, citizens can join conversations about other peoples recommend projects by providing comments, feedback, and sharing on social networks.

Want to learn more about Archiving your agency’s social media?

ArchiveSocial is proud to be a partner in North Carolina’s approach to social media. To further help municipalities across North Carolina engage on social media channels, we are conducting a complimentary webinar next Thursday on the topic of social media and public records.

The webinar will cover the following: