We’re All in This Together: SEC’s Records Management Difficulties 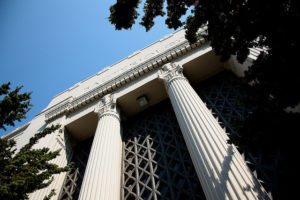 It is no secret that managing records successfully may feel like a Herculean effort. Creating a recordkeeping strategy, executing it successfully, and frequently updating the strategy all challenge firms of any size. In the financial industry, however, these requirements are especially explicit and stringent. One of the principal sources of these additional obligations is the SEC. Extremely vocal about recordkeeping, SEC regulation has established a lofty and often-enforced standard in the financial industry.

As a result, some were quick to accuse the SEC of establishing a double-standard. They felt it hypocritical that the SEC will receive a slap on the wrist, while the firms the SEC oversees could be punished for imperfect records management policies. Although the situation might initially lend itself to such a conclusion, this report speaks to a greater theme in records management: we are all in this together. Everybody, even the SEC, is struggling with recordkeeping. This situation has only been exacerbated by the acceleration in record creation as well as the proliferation of records formats that have turned recordkeeping on its head in recent years. Although this might not amount to any consolation for those firms audited by the SEC, it is a good reminder to compliance officers and firms to stay on top of their records management strategies. Because, if the SEC has room for improvement, it is likely that financial firms also can further strengthen their records management policies.