Michael Osterman, President of analyst firm Osterman Research, recently shared his predictions for 2014. Among his anticipation of what might happen in the world of Apple, Dropbox, Sharp, and Microsoft, there was one specific prediction that caught our attention:

We will see a major push into social media archiving, driven largely by some high profile lawsuits. While there have been some important cases involving social media content (Frank Gatto v. United Air Lines, for example), there will be more cases focused on internal issues like wrongful termination or sexual harassment that will convince many decision makers that they need to preserve their employees’ tweets, Facebook posts and other social media information. 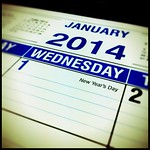 We certainly agree! In the past few years, the need to retain social media records has become a widespread realization in several markets. For example, in the financial services industry, FINRA and SEC have now issued multiple notices regarding social media compliance and record keeping requirements. Most recently, in June 2013, FINRA issued a targeted examination letter requiring firms to provide detailed information regarding their use of social media. Similarly, in the public sector, we’ve seen states such as North Carolina, Ohio, Oklahoma, Virginia, Florida, Washington, and Texas directly address the need to retain social media communications in accordance with open records laws. In fact, Texas recently passed a bill updating the language in the Texas Public Information Act to ensure that it is abundantly clear that government internet postings are government records.

Given the increase in activity regarding social media archiving in 2013, it is reasonable to expect the momentum to continue to build in 2014. To Michael’s point, the unfortunate reality is that the push to archive social media might likely be driven by high profile lawsuits. In other words, some organizations will probably suffer before the rest of the industry reacts by putting the necessary policies and technology in place. Hmm. Why not be pro-active?